Visit to the Lexon Group

Yesterday, we took a trip to the Lexon print group HQ which is in the town of Crumlin, Newport. We were welcomed by Dom and Philip who were extremely helpful throughout the visit; explaining all of the processes and equipment that they used in the plant. It was quite overwhelming to witness the amount of materials that were housed in the warehouse. Also the amount of equipment that was being used there was very impressive. 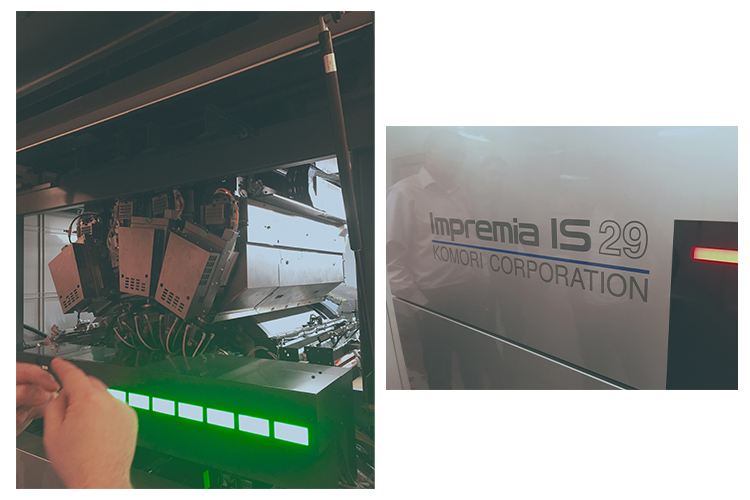 Lexon are Europe’s flagship company for the new Komori Impremia IS 29.

It was particularly surprising to see that printing techniques and technology from over 100 years ago were being used alongside the most up to date technologies. Lexon are the flagship company to house a Komori Impremia IS 29. Looking at the machine, it looked like a spaceship crossed with robo-cop. The guys explained that it was based on the technologies of an inkjet printer, but the scale was a whole lot larger. Initially heating and treating the paper to allow it to receive the ink as best as possible, the ink was then sprayed on top. This allows the ink to dry instantly; something which has not been achievable before. 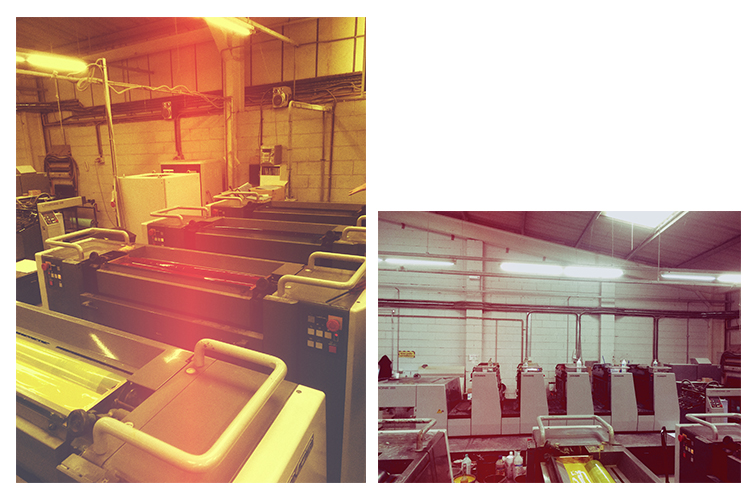 We also saw a Komori 5-colour Lithrone machine in action. From a designers perspective, It was interesting to see the 5 colour rolls (Cyan, Magenta, Yellow, Key and Spot/pantone) and the way that the machine was constantly checking the levels of the inks to achieve a perfect colour match. 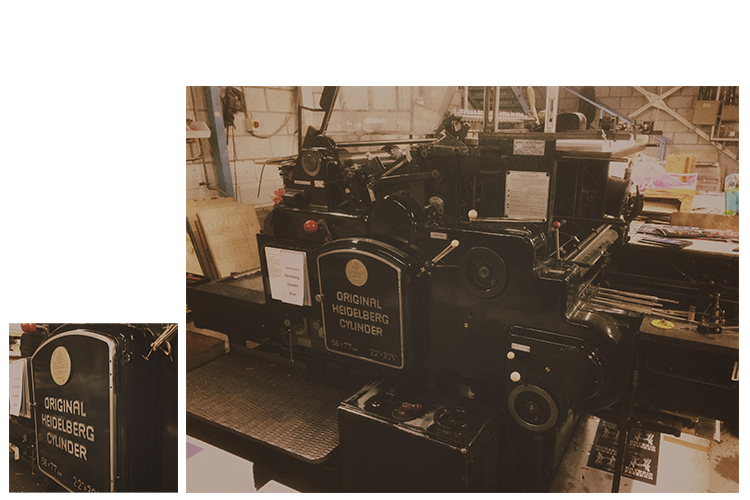 In contrast to the technology mentioned before, we came to an original Heidelberg cylinder machine. The Heidelberg was first created in 1850 and is still being used now. We were shown the cutting boards which were used with the machine (a piece of wood with blades inserted to use as the crease/cut guides.) There are machines at Lexon which can print, cut/crease all in one process at a very high volume which sees machines like the Heidelberg, becoming obsolete. But nothing beats the traditional way of doing things, the Heidelberg is still being used at Lexon, which is great to see.

What we learnt from this trip is that print is not dead, far from it. Seeing so much variety of work going through Lexon was eye-opening. We saw how much craft and process goes into producing a huge variety of print.