As we come to the end the second decade of the second millennia, It seems a good time to reflect on certain shifts that have occurred over this 10 year period.

Our mobile devices now feel a necessary part of our lives and have become increasingly integral to culture and society today. It is nearly impossible to imagine a life where mobile devices are non-existent and where mobile apps are a thing of the past.

In 2007, the first iPhone was released, and it brought with it a whole new way of engaging with software and technology. The increasing use of mobile technology has impacted the way we design too. Mobile browsing traffic has increased by 222% since 2013, and there is no sign of this decreasing.

Because of this, when designing for any project, digital devices, especially mobile, need to be considered. Any graphic design project usually involves some digital work, whether this is website, social media content or application design. And so, knowing how to design for digital and how traditional methods of design i.e print, translate to the digital space, is pivotal to being a modern day designer. 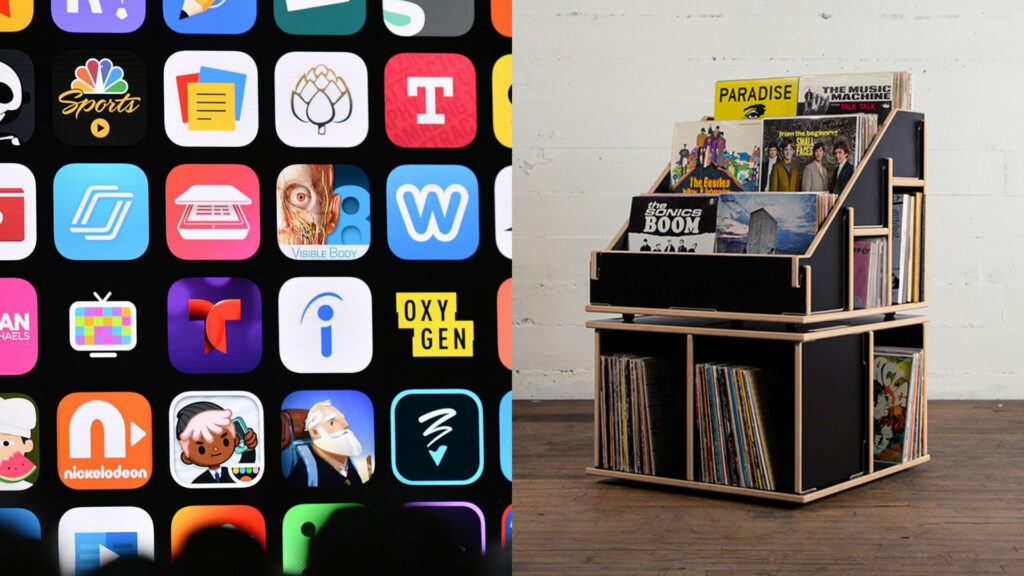 Birth of the App Store

Steve Jobs described the ‘app store’ as a record shop, but for software. Developers would design, build and release their applications to the app store users where they can be downloaded either at a price or for free.

When the first batch of applications were released, nobody could have predicted the sorts of releases that are around some 13 years later. We can now use applications for dating, order a huge variety of food, shop from almost anywhere and even help a slice of bread to become toast in an adventure game.

A few apps have taken the world by storm. One of these is Uber. The popular taxi service app was founded in 2009, and launched in San Francisco in 2011. Uber leveraged 4G networks and the built-in GPS capabilities of smartphones to upend an entire industry, changing the way we order taxis and turning into one of the most infamous tech startup unicorns of the decade.

Using a combination of our mobile phone and network technology, we have been able to create applications which make life feel that little bit easier. There are plenty of other apps which have used similar technologies and have had a similar impact on us in recent years. Airbnb, Deliveroo, Instagram and Snapchat to name a few.

The future of apps

We are constantly developing and creating new technologies; but will mobile applications manifest into something different in the coming years? They may become larger than single purpose apps and we may be able to do multiple tasks within a single app. Facebook now owns a whole host of applications, the most popular being Instagram, Whatsapp, Facebook and Messenger. Does facebook plan on combining these to create one overarching application for all of these apps? We shall see…