At precisely 20:24 on October 21, the new Paris Olympic Games 2024 visual identity was revealed to the world on the giant screen of Europe’s biggest cinema, Le Grand Rex, outlined on a background of a map of central Paris. One point which was made clear from the start was that for the first time, the Olympic and Paralympic games will use the same logo.

This revealing moment was the result of months of intense research, design and refinement work. It was created by a small team from ‘Royalties’ design agency based in Paris who worked alongside the Paris Olympics design committee.

The organisers behind the 2024 Paris Olympic and Paralympic games have committed to making the event as sustainable as possible. Interestingly, the design agency who created the identity are an ‘eco-branding’ agency. The eco-branding philosophy applies to both print and digital design. Consciously designing with the wellness of our planet in mind; the studio aims to reduce the amount of carbon footprint it produces. For example, choosing one typeface over another because it will ultimately amount to less pages in a brochure, or choosing to use a black background over a blue background on a mobile device because it requires less battery power to display black over blue.

Elements in the Logo

Three main elements make up the new Olympic symbol: the gold medal, a symbol of sport; the flame, an icon of the Olympic and Paralympic Movement; and Marianne, a symbol of France.

Many interesting points of inspiration were used to build the story behind the identity.

Paris’s art deco past was used to inspire the typeface. The art movement reached its peak during the last Paris games in 1924, but is brought back for this Olympic games, a nice touch! You can still find art deco designs all around Paris. The team behind the new identity have gathered references to these occurrences and created a bespoke typeface for the games. 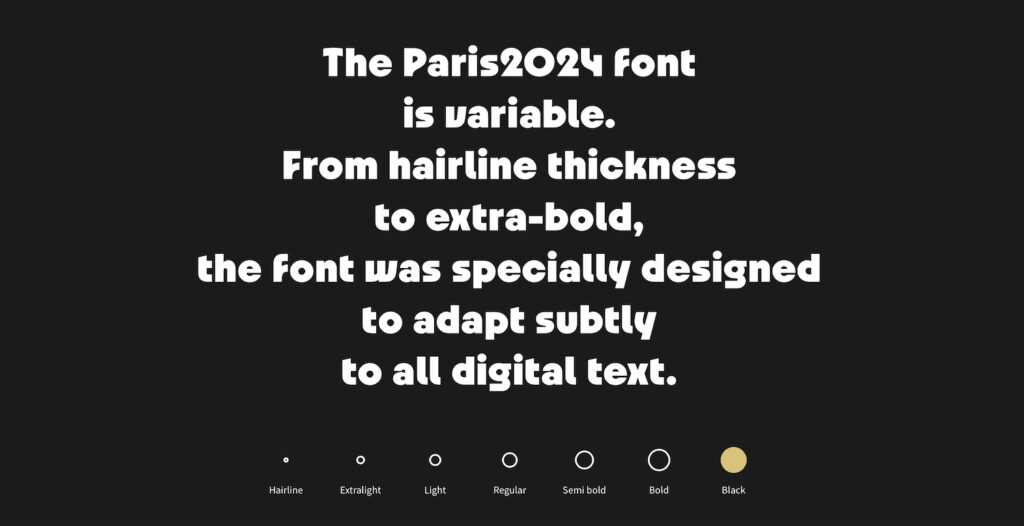 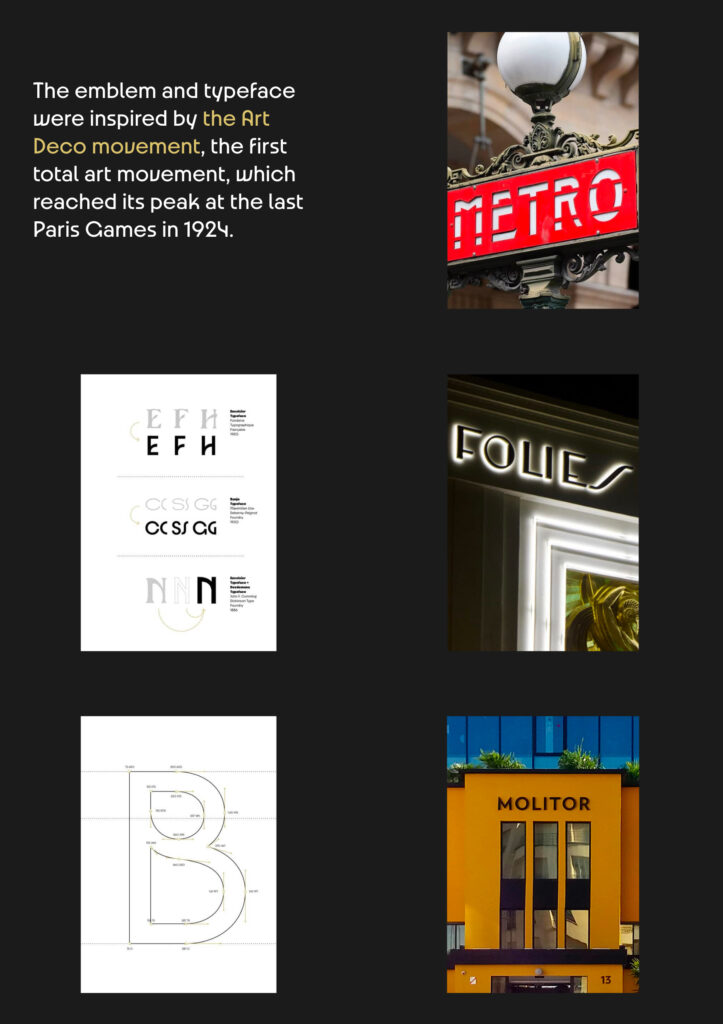 The female figure of Marianne is the official symbol of the French republic and represents equality as 1900 Paris games was the first-time women were allowed to compete. With its feminine traits, the Paris 2024 emblem pays tribute to a woman who is a French national symbol known around the world. She embodies the revolutionary spirit that infuses the Paris Olympic and Paralympic Games. She encapsulates the desire to bring the competitions out of the stadium and into the heart of the city. A familiar figure who is everywhere in the everyday lives of French people, she is also a reminder that these Games will be Games for everyone, Games that will belong to the people. Her face is also a homage to female athletes and a nod to history, as it was in 1900 at the Olympic Games in Paris that women were first allowed to compete. 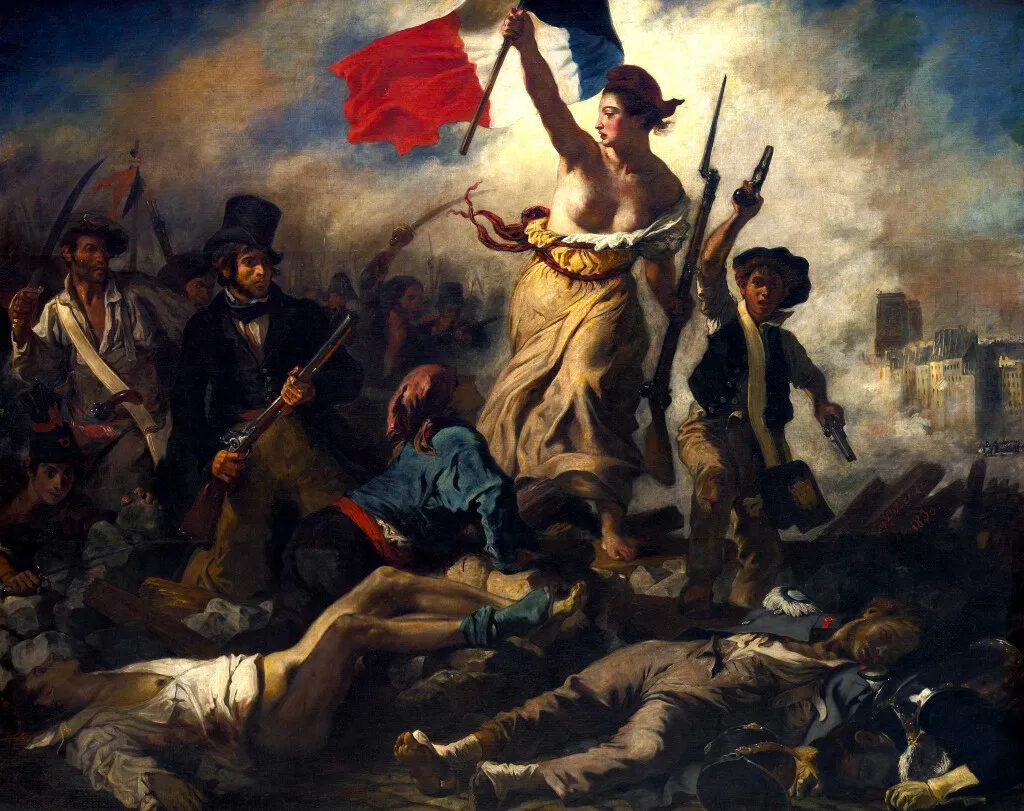 The strong links to Paris and France’s history are rich and relevant; it simultaneously feels historic yet current which is difficult to achieve through design. We love the art-deco typeface and think it, and the whole identity, will get even stronger when the application of the identity is released. We think the three elements which make up the design of the logo are clear and simple, although it has taken some stick being compared to the Tinder logo, a hair salon, an emoji and worse…We disagree, it is an iconic and memorable identity for and Olympic and Paralympic games.