Feels like an age ago now but back in September we popped across town to mentor three students from the third year graphic design course. This has formed a yearly get together for us and the uni now which we enjoy immensely. The first meeting was to go through the brief with the students and understand the project requirements in full. Jasmine, Tom and Bethan were our motley crew and went about explaining the ‘Real World’ brief to us. In a nutshell, they were required to make the local community aware of the ‘Wellbeing’ services Cardiff Met have to offer. Believe it or not, there are a lot of services that are open to the general public as well as the students but they are rarely or ineffectually communicated to the local populace, which is a real shame as both communities would benefit from the crossover.

Following on from the initial meeting we had another three with the team brainstorming, developing customer profiles understanding the values and the tone of voice of the campaign, then going on to finessing the suggested directions until they had a cohesive and realistic solution to the problem. To their credit, the team researched the universities wellbeing offering and the attempted to further define the potential profile for the local community.

The five weeks flew by and before we knew it we were invited along to Cardiff Met for the student’s final presentation to the clients; mentors; lecturers and peers. Nerve-wracking time for all but they conveyed their ideas really well including a bus stop decked out as a lecture theatre and a brand called ‘Community’ with the ‘uni’ in brackets giving a genius tie in with the two groups. The brand mark was then carried across onto marketing material such as posters and on-screen videos on buses. We felt that it was incredibly well executed and we know the ideas they had of engagement with the public will be developed by the wellbeing section of the university. 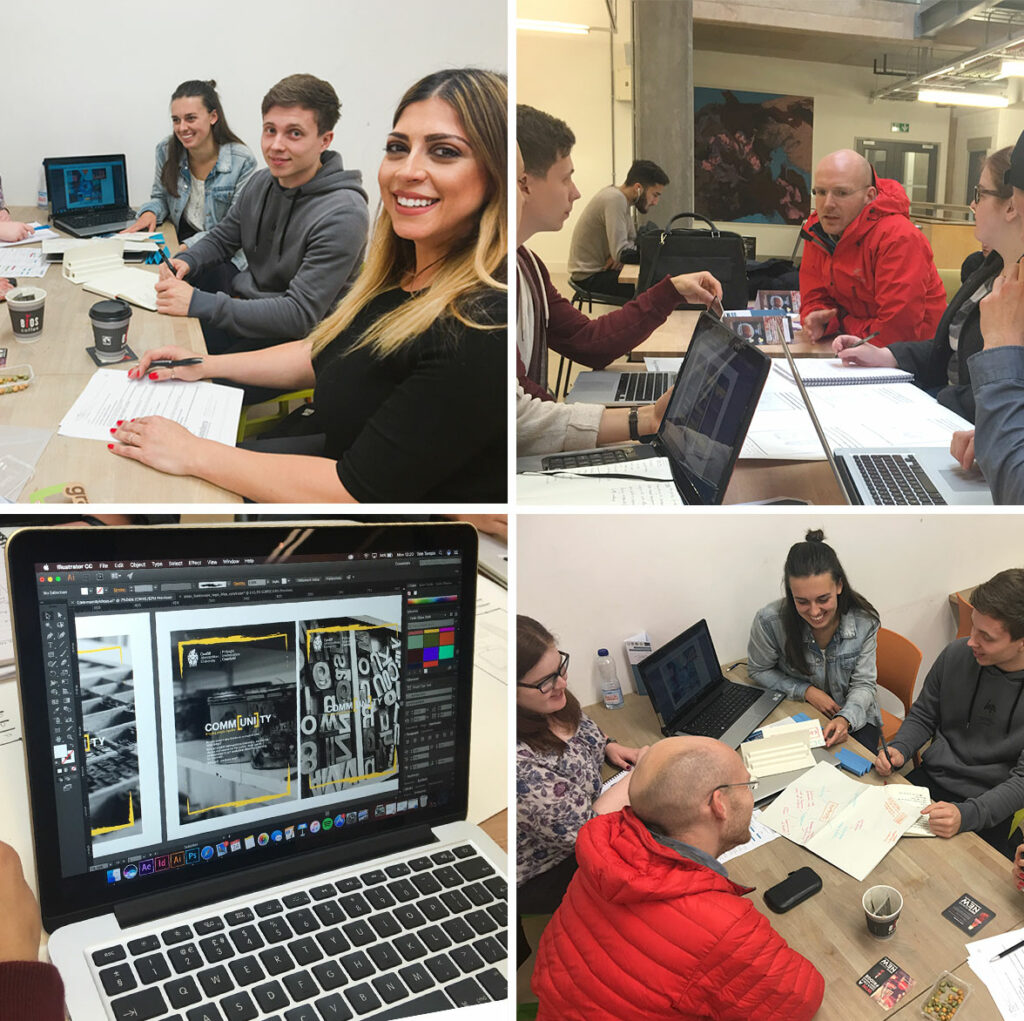